You have a goal. You know what you have to do.
You might even create a plan to make it happen, but somehow you end up not doing it.
Either you start slacking off or you can't even start.
It seems you cannot find the motivation to stick with your plans and whatever you are supposed to do.
I have been there.

We live in a world where we are supposed to be motivated every day.
If you want something, go get it. If you don't get it maybe it's because you didn't want it enough or you are not willing to put the effort. I used to think this way, but I don't think is that simple anymore.

Saying you don't get something because you lack motivation is looking at the problem the wrong way.
It is very hard to be motivated every single day, but it is easier to develop the systems that allow you to get more determination. Once you have determination, you can get anything done and find your motivation along the way.

There are two fundamentals from two books that turned my perspective around this issue.
The first one, Atomic Habits, helped me to understand that the real problem is not having the right systems.

Once you get on track with good habits and you develop an identity in harmony with those habits, you don't need motivation, your good behaviours become automatic. That is the reason why it is important to develop the right habits and systems when pursuing a goal.

The second lesson I learned about motivation was from Mark Manson in The Subtle Art of not Giving a Fuc#.
Manson basically presents motivation as a reward rather than a condition to take action. I loved this approach.

" Most of us commit to action ONLY when we feel motivation. We assumed a chain: reaction --> emotional inspiration--> motivation---> desirable action. If you don’t feel motivated you think you are screwed. The thing about motivation is that it is an endless loop. Your actions create motivation, we can reorient: action---> inspiration---> motivation. Inspiration has to be seen as a reward rather than a prerequisite. "

I see determination, the commitment to yourself and to your habits as the initial force to start moving.
When you start moving, and taking action, motivation is just part of the reward for doing things right.
I want to point out that getting determination is far more easier than getting motivation.
Determination implies just forcing yourself to do something small, sometimes tiny in order to develop the right systems.
Forcing yourself to consistently do something small will make your will power stronger and it will let you stick to and develop your habits. The key is the repetition.

A couple of months ago I started waking up earlier; around 6:00 am to exercise.
It was very hard for me at first and I already had so many failed attempts to sticking with this routine in the past. I figured I would have to organize the right systems to make it easier.
I started going to bed earlier, I would separate the exercise clothes the night before and I would reward myself after a workout with a delicious protein shake. It was working for me until I started feeling that I didn't want to, that I wanted to keep sleeping. And then I took a look at my systems and realized that I was doing my hardest and least favorite work out on Monday morning.
So, I remembered the second more important lesson that I learned from Atomic Habits: Make your habits obvious, attractive, easier and satisfying.
I decided to exchange the Monday routine for the work out that I enjoyed the most (which I was doing on Saturdays), I incorporated new music and playlists and I made a commitment to sleep better. Soon I was on track again and motivation came back.
After that plateau, I truly think I conquered the habit.
I was waking up without the alarm and getting up to exercise became as natural as taking a shower or brushing my teeth, something that I don’t have to think about, something that I just do.

Determination and applying the right systems was the key for getting into my new routine, which was part of the big goal of getting healthier, disciplined and fit, something that takes more time and effort and was almost an unreachable goal to me.
Most of the big challenges in our life can be divided into tiny milestones.
It is just about getting started and gaining momentum.
I truly believe that with the right systems into place, everyone can become the best version of themselves. 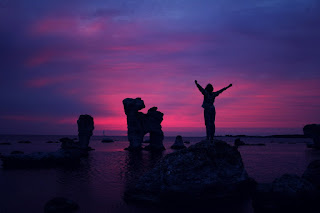 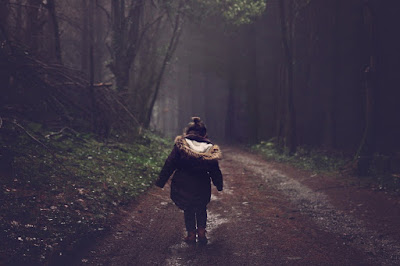 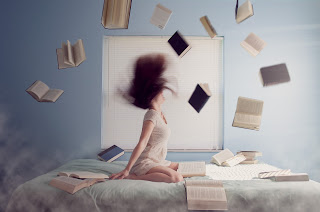