Showing posts from May, 2020
Show all

How I Got Over My Trauma For Being Flat-Chested 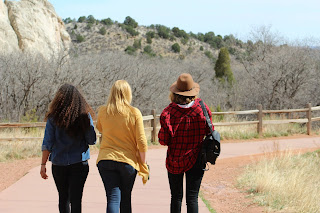 I am from a beautiful country with beautiful women. It is also a country with very tight and defined standards of beauty. Particularly, the city where I'm originally from was vastly affected for violence due to drug trafficking during the 80's and beginning of the 90's, it is also one of the reasons that we hate jokes related with Pablo Escobar. During this time it flourished the idea of beauty required by the drug dealers, and they had the money to   pay for any plastic surgery for their women to "make them" more beautiful. The idea of feminine beauty in my home country is defined by big breasts, tiny waist and prominent glutes. It is also an idea widespread worldwide although some countries seem to take it more seriously.   I remember being aware of my lack of breast since I was a little kid, as I had a late bloom, while all my classmates were entering puberty and their bodies were changing, mine was still the body of a little girl. Kids and teen
Post a Comment
Read more
More posts